Changing the dome for my observatory SkyShed POD.

Always very happy with my POD, but a major problem for me, unable to reach the zenith. Also being in an area has high light pollution is essential for the astrophoto pointing areas of the sky at zenith to have the blackest sky as possible.

SkyShed  company offers a good solution by moving the dome on a table (PZT) deported, but in my case I am unable to install this extension.

Recently, a new company NexDome based in CANADA offers domes also compatible with skyshed POD walls, with an opening system that allows access to the zenith.

Available in Europe through the German company astroshop.eu, I finally ordered a single dome.

After only one  months  I received the package. Its consists of two boxes placed on a pallet. Nothing missing and no damage during transport.

Installation is quite simple but it is necessary for some operations  of a second person.

A clamp may be necessary to block the screw on one side if only one person.

1) Installation of wheels for opening and close the « Shutter »”

We must assemble these wheels on the first four panels

2) Assembly of two half domes

At the botton of the dome provide longer screws, which will later set up a security system.

Check also that you have assembled the panels bearing wheels in the right direction. The wheels shall be parrallel between them.

During this assembly it is necessary to use the same bolt already mounted to the previous operation. Sometimes the original bolt may be too short for my part I replaced by a much longer

5) An assembly of the handle of the shutter and the assembly part of the two half-domes.

Setting up the dome on SkyShed POD
The dome is not very heavy, 50lb (less heavy than the SkyShed Pod), but two people are needed to transport it

In the inside a little more space since the dome is much thinner.

Regarding security I must find a system because NexDome has nothing planned.
I use this kind of adjustable hooks

With longer bolts used on the botton of the dome I can block the dome on the walls of the POD.

Next project, to use the rotation kit dome proposed by NexDome

I am very happy of my new dome. 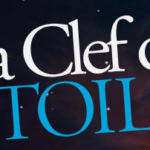 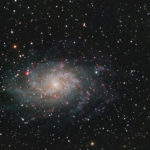